I came across this little gem and just felt the need to share it, especially considering it relates to an earlier hipster post.

Disney Princesses as Hipsters
Many of you have probably seen this meme at some point on Facebook and the social networking world. While amusing, I was hoping to see some hipster outfits on the Disney Princesses, but apparently sporting a pair of non-trendy frames (because hipsters scoff at all that is trendy) is enough to be branded a hipster. I never really got the glasses thing until my recent trip to Seattle where I saw so many large round frames…oh so many. One particular encounter, It took so much for me to keep a straight face as I was being scoffed at because I hadn’t read the latest obscure comic book sporting cloned meat that attacked people…truth-fact, this actually happened.

It takes much more than glasses and a pair of headphones to make up the hipster though. Behold below my Hipster Disney creation. Aladdin better brush up on his Indy bands and all that is obscure, so he can be the first to have listened, read, or seen the latest that has yet to become trendy; therefore, it is cool. How else is he going to impress Hipster Jasmine??? 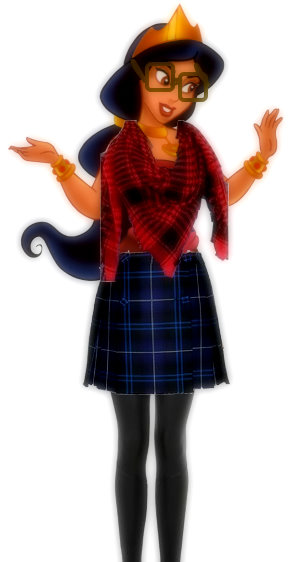 Tweets from the Author